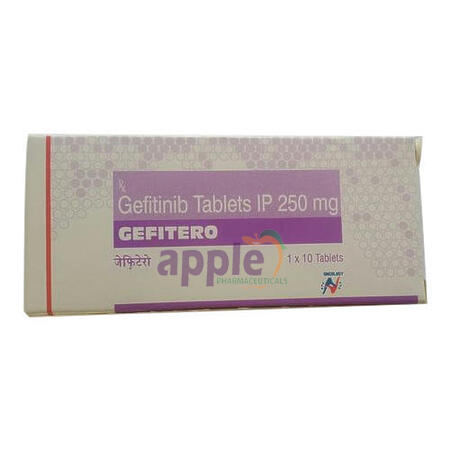 The usual prescribed dosage of Gefitero 250mg (Gefitinib 250mg) tablets are 250mg should be given orally as a single dose by administering with or without food continuously. If patient feel difficult for swallow the tablets, must immerse the tablets with 4 to 8 ounces of water and mix it well for relatively 15 minutes. Take the solution immediately through naso-gastric tube.